Find the path of links between 2 articles.
wgoodall01/wikipath

Find the 'six degrees of wikipedia' between any two subjects, also known as the Wiki Game:

Pick any two Wikipedia articles. Starting at the first, click links until you reach the second.

It's hard to do by hand, but also surprisingly challenging to automate.

Using an in-memory index of Wikipedia and a bidirectional Dijkstra's algorithm search, it is possible to very rapidly find the path between any two articles, even when the total number of articles totals around 7 million. Interestingly enough, it will find a path in 6 steps or fewer for pretty much any two articles in Wikipedia.

Wikipath uses a bidirectional implementation of Dijkstra's algorithm to find the shortest path, via links clicked and redirects followed, between two Wikipedia articles.

The whole process follows these steps: 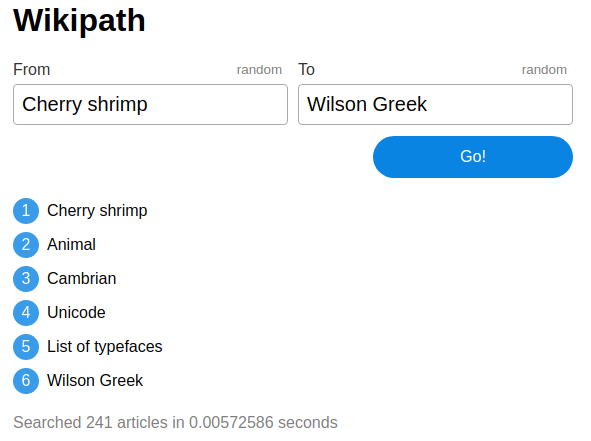 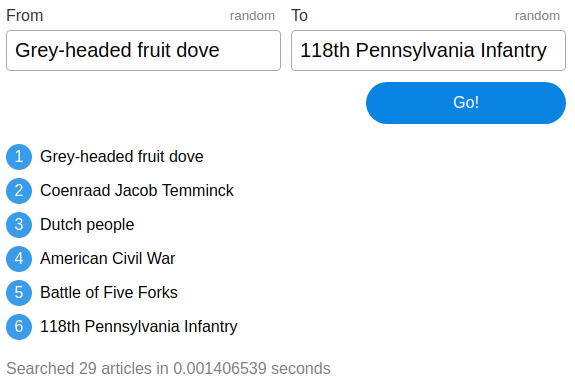